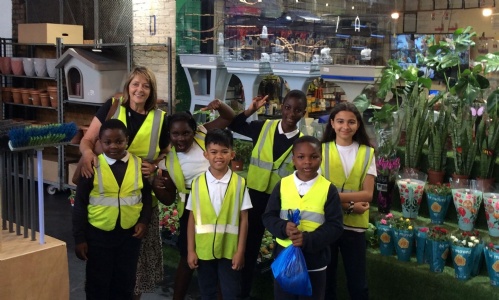 Last week Mr Kenny visited Year 4 and heard that the children had been tasked with budgeting for a pet to be bought for our school community. At first, he was stunned by the suggestions of wild exotic animals coming from South America or Asia; however, it was finally agreed that we could handle and afford some school fish as a school.

Mr Kenny and Mrs Kenny took a selection of children from Year 4 to Edmonton Green to purchase all that was needed. This way, the children were able to make last week's learning during 'My Money Week' come to life as well as develop other skills, as they will also have to look after our new pets.

As the children went through the Edmonton Green and made new friends everywhere, they found the pet shop and purchased two Goldfish. After much debate, they have been called Nugget and Miles.